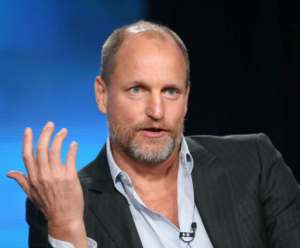 According to Fox News, Woody Harrelson – actor and long time Marijuana advocate has applied for a license to own a dispensary in Hawaii (what a G!!!)

Based on the report Woody was one of roughly 60 applicants that applied to open a medical marijuana dispensary in Hawaii’s newly legal medical market.

When applying he used the name of his company “Simple Organic Living”.

The news comes as the Hawaii Department of Health posted a list of applications on its website Friday. The state will eventually reward permits to applicants in April, 2016.

Dispensary applicants must have at least one million in cash available before applying for a license. This includes an additional $100,000 for each dispensary location. Every applicant also must have been a resident of Hawaii for more than five years.

While dispensaries will not actually be open to the public until July the licenses will be handed out in April. Under a new state law, just passed in 2015, the state will hand out just eight total licenses among the sixty plus applicants. The law allows medical marijuana businesses to have no more than two production centers and two retail dispensaries, which split among 8 applicants will give Hawaii a whopping 16 dispensaries statewide. Six will be allowed on Oahu,two on Kauai, four on Hawaii Island, and four on Maui.

Other high profile individuals such as Dirk Fukushima, producer of the local television show, “Hawaii Stars,” former University of Hawaii Regent Charles Kawakami and video game entrepreneur Henk Rogers also applied for a licenses. Rogers, 61, is famous for discovering the video game “Tetris” more than 20 years ago, and currently lives in Hawaii in an completely solar-powered home.