Overdose deaths from pharmaceutical opioids like Vicodin and OxyContin have roughly tripled since 1991, and every day approx. 46 people die of overdoses in the United States alone.

But according to a recent study, in the 13 states that legally allow the use of medical marijuana, 25 percent fewer people die from opioid overdoses each year.

Study co-author Colleen Barry from Johns Hopkins Bloomberg School of Public Health in Baltimore says that the shift showed up very quickly and became visible the year after medical marijuana was legalized in each state. 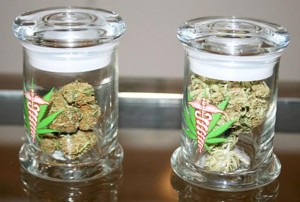 In the study, published in JAMA Internal Medicine, researchers point to the idea that people in states where medical pot is legal are much more likely to have access to a drug that has no historical record of any overdoses. Being able to use marijuana to treat pain would no doubt result in less deaths from overdose.

There are skeptics though, Dr. Andrew Kolodny, chief medical officer at Phoenix House, a national nonprofit addiction treatment agency thinks that this reduction is not likely to medical pot as marijuana isn’t widely prescribed to treat chronic pain. “You don’t have primary care doctors in these states [prescribing] marijuana instead of Vicodin,” he said. In the states where medical pot is legal doctors aren’t prescribing it on a large scale nor are they prescribing it for pain relief.

Dr. Kolodny believes the explanation could be due to something like differences in state policies to cut down on over-prescribing of opiate medications. Additionally many people who overdose on painkillers are addicted, and these people are among the most likely overdose. States that pass progressive drug laws to treat addiction may also be more likely to legalize medical marijuana.

Since federal research on marijuana is so difficult to conduct due to it’s status as a “schedule 1 narcotic” the science is way behind. Studies like this should however help to open the door to more and better research in the future.