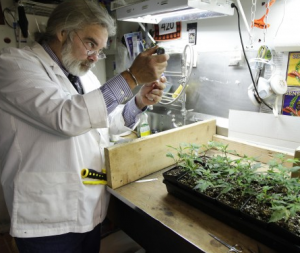 The Obama administration announced today they would relax the rules that currently prevent states from studying the medical uses of the plant. This change in policy will make marijuana more readily available to researchers and should spur  an explosion in marijuana research and an overall change in the public perception of cannabis.

25 states already currently allow the drug to be prescribed for ailments or situations such as chron’s disease, chemotherapy treatment, alzheimers, rheumatoid arthritis, etc. There is even a recent push by some to lobby the NFL to accept cannabis as a treatment for concussions.

The new policy will be published as soon as Thurs Aug 13th in the federal register.

This new policy will allow several more institutions access to large amounts of marijuana for the purpose of research. Any institution with approved protocol for dangerous substances will be permitted to apply and permitted to conduct marijuana research studies should they qualify.

The down side is that researchers will also need approval from federal agencies such as the D.E.A. and the Food and Drug Administration. This is only a marginal setback mainly because of the politics here. As soon as the Obama administration made it known they would relax the laws around the drug the DEA immediately released it’s own statement saying it would continue to classify marijuana as a schedule 1 drug based on FDA guidelines.

Statements by the DEA illustrate a lapse in common sense and a willingness to play politics despite overwhelming evidence against their position. The best example being the recent revelation by former Nixon official John Ehrlichman that:

“We knew we couldn’t make it illegal to be either against the war or black, but by getting the public to associate the hippies with marijuana and blacks with heroin. And then criminalizing both heavily, we could disrupt those communities. We could arrest their leaders. raid their homes, break up their meetings, and vilify them night after night on the evening news. Did we know we were lying about the drugs? Of course we did.”

Considering that revelation it’s interesting that we’ve allowed this to go on as long as we have.

This is a step in the right direction though, even if the DEA is going to drag their heels. They don’t want their “pot bust” budget to dry up so it’s an understandable facet of human nature that will hopefully erode as the national perception of the drug continues to become less based on fear and more based on science.