There is a heavy campaign going on right now for California legalization of marijuana in 2016. Several groups have been pushing to get initiatives on the ballot to legalize recreational use of Marijuana, in a manner similar to what’s happened in Colorado, Washington and Oregon. Enter a little well-funded competition from Sean Parker, one of the cofounders of Napster in a coalition he’s pulled together to support of different version of legalization. Parker recently announced his support for a bill called “Control, Regulate and Tax Adult Use of Marijuana Act (or “the Adult Use of Marijuana Act” for short). 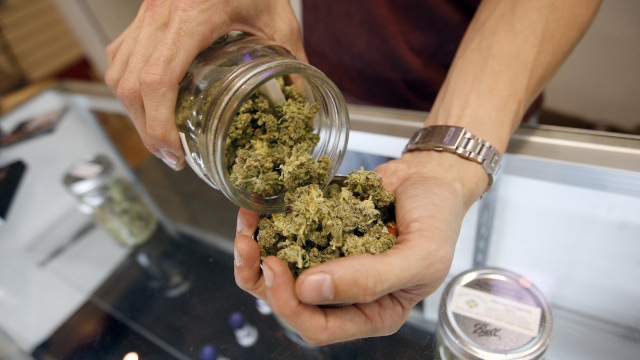 This measure was filed with the California Attorney General on Monday, November 2nd 2015 and while there at least four other groups pushing to legalize marijuana in California in 2016 they do not look like they are going to make the ballot according to most credible sources. One of the most well known is “Reform CA” headed up by Oaksterdam University owner Dale sky Jones. Rumor has it they may eventually join forces with Parker’s outfit not having the level of financial backing that he can provide. Adovcates of the Adult Use of Marijuana act will be able to leverage Parkers fortune to finance all kinds of advertising and campaign expenditures.

“The Adult Use of Marijuana Act” (read the full bill here) ends cannabis prohibition in the state of California and allows people to possess up to an ounce and grow up to 6 plants. In most cases cities would have wide latitude on cannabis commerce but cannot prevent individuals from cultivating small, secure personal indoor gardens.

Parkers wealth is the first substantial amount of funds to be moved in to play for a legaliztion bid in 2016. In addition to this, major drug policy alliances such as the Marijuana Policy Project are backing the Parker proposal. This leaves all the other candidates, including the prop 19 coalition, out of the running. The full measure also received enthusiastic support from social justice and industry organizations as well. “California voters are ready to end marijuana position prohibition in 2016 and replace it with a more sensible system and we look forward to working with proponents.” said Rob Kampia, Executive Director of the Marijuana Policy Project.

Bill Maher Lights Up a Joint on National Television
News