If you grew up during the 80’s / 90’s you were likely put through programs like “D.A.R.E.” or had your senses routinely assaulted by “Partnership for a Drug Free America” ads. (ie. This is your brain on drugs *cracks egg into frying pan*) . 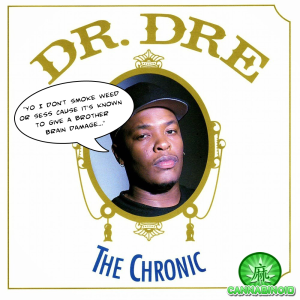 During this golden age of ignorance the common refrain was “smoking marijuana makes you stupid” – Even Mr. Chronic himself, Dr. Dre was quoted in the NWA song “Express Yourself” saying:

“yo I don’t smoke weed or sess cause it’s known to give a brother brain damage and brain damage on the mic don’t manage nothing but making a sucker and you equal, don’t be another sequel”

I think it’s a safe bet he later changed his mind, since he now has an entire empire built around “The Chronic.”

This thought process, was most recently aided by a medical study from a respected university. According to the Washington Post, The study that backed this argument can be traced to Duke University back in 2012. But then like Scientists do, they began to question the data and propose alternate theories… and eventually came to the conclusion that smoking weed doesn’t actually make you stupid.

New research recently released cover the subject from a couple of very different angles: The first examines the life trajectories of 2,235 British teenagers between ages 8 and 16, and the second looks at the differences between identical twins, one is a marijuana smoker and the other is not.

Despite vastly different methods, both groups of researchers reached the same conclusion: There is zero evidence that teen marijuana use leads to a decline in intelligence.

The group of researchers in the study of American twins address the original Duke University findings head-on. Examining the life trajectories of twin pairs in which one uses marijuana while the other doesn’t, they discovered that those who used marijuana did not experience any cognitive deficits compared to those who didn’t.

Identical twin comparisons are a powerful tool for this kind of analysis, because their genetic makeup is well… identical and their early home environment is also consistent. This automatically roots out a lot of the confounding factors that clouded initial studies.

The twin data “fails to support the implication by Meier et. al. [the authors of the Duke study] that marijuana exposure in adolescence causes neurocognitive decline,” the study concludes. The numbers suggest, on the contrary, that “children who are predisposed to intellectual stagnation in middle school are on a trajectory for future marijuana use.” In other words, rather than marijuana making kids less intelligent, it may be that kids who are not as smart or who perform poorly in school are more inclined to try marijuana at some point in their lives.

Also, if marijuana use were responsible for cognitive decline, you might expect to find that the more marijuana a person smokes, the less intelligent they become. But this paper found that heavier marijuana use was not associated with any decreases in IQ.