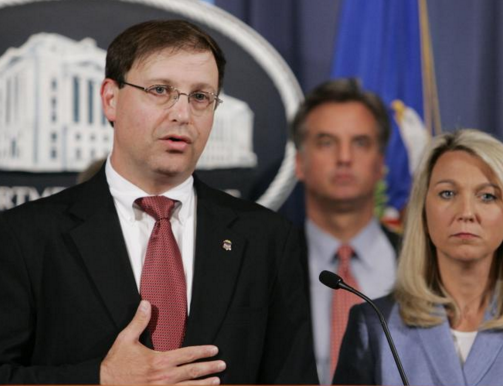 Despite the landmark legalization of recreational marijuana in states like Colorado and Washington some people still live in the past.

One of those people is DEA chief Chuck Rosenberg.

“What really bothers me is the notion that marijuana is also medicinal — because it’s not,” Rosenberg said, CBS reports. “We can have an intellectually honest debate about whether we should legalize something that is bad and dangerous, but don’t call it medicine —that is a joke.”

“There are pieces of marijuana — extracts or constituents or component parts — that have great promise” medicinally, he continued. “But if you talk about smoking the leaf of marijuana — which is what people are talking about when they talk about medicinal marijuana — it has never been shown to be safe or effective as a medicine.”

It’s a generational thing. A lot of older people just look at the fact that you are smoking something and immediately think that can’t be medicinal. There are however, hundreds of documented uses for medical marijuana. Even Sanjay Gupta recently apologized for being of a similar line of thinking.