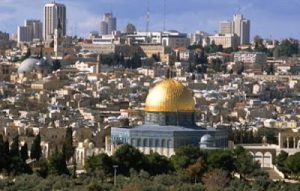 Tamir Gedo knows a lot about the booming Israeli weed industry. He shields his eyes from the blazing sun as he points to the 23 acres of marijuana crops spread out in front of him. “We’ll be able to produce more cannabis here than the entire state of Colorado,” he says. Later, he adds, “We can store enough in this warehouse to supply medical marijuana for the whole United States.”

Boasting one million square feet of cultivation fields, a 35,000-square-foot production plant w/ 30,000 square feet of grow rooms and labs, Gedo’s company, Breath of Life Pharma (BOL), is about to open the world’s largest medical marijuana production facility. Gedo estimates that once everything is running BOL will produce 80 tons – more than 175,000 pounds – of cannabis per year.

A tour of BOL’s building feels like a walk through the Israeli weed industry version of “Willy Wonka’s Chocolate Factory“. With its patented extraction and purification equipment, grow rooms and germination labs, BOL will be pumping out pharmaceutical-grade cannabis tablets, capsules, inhalers and oils that are customized to treat certain ailments, with specific and controlled consistencies.

But none of this is happening in Colorado or California – it’s nowhere near America in fact. This weed wonderland sits in what might be the last place you would imagine finding the world’s largest facility for medical marijuana: Israel.