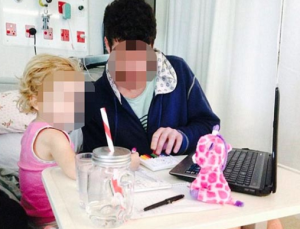 You would think things in Australia have gotten at least a little normal when it comes to cannabis hysteria with the recent legalization of medical marijuana but apprently that’s not the case.

As recently as March 2016, a Queensland father was given two years for good behavior, his crime was giving his cancer stricken daughter cannabis oil to help her through chemo. The man is 32 years old and the press doesn’t name his name obviously for iegal these reasons but if he pled guilty in the Brisbane Supreme Court to 4 counts of “supplying a dangerous drug to a minor” and 1 count of “possessing A dangerous drug.”

These charges all stem from an incident where the man gave his daughter cannabis oil in food in order to help her through chemo therapy. She was diagnosed with stage 3 neuroblastoma and given a 50% chance of long-term survival in 2014.

So here is this guy who was really just trying to help his daughter and he was charged with a huge crime. This wouldn’t be as surprising here in the United States as it is in a country as Liberal as Australia where they take guns away from people.

The crime occured at Cilento Children’s Hospital around Christmas when she ate food that her father had laced with cannabis oil. He sent text messages about the success of the drug in helping given her an appetite where she didn’t have one before due to her chemotherapy.

The girl’s parents are separated and her mother thought the food smelled funny and ended up alering authorities to what he was doing.

This is a great example of how demonized marijuana has been. A concered father trying to do something good for his daughter gets charged with criminal activity in the Australian courts. This madness has to end!