Recently, the Nunez family of Albuquerque, New Mexico made history at a Colorado hospital when their 2 month old daughter Amylea was one of the youngest patients ever to be treated with cannabis oil. 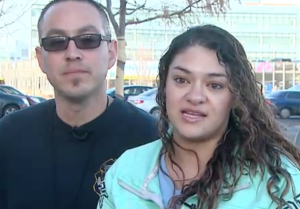 Amylea has suffered from seizures since she was born and doctors can’t figure out the cause. Her mother Nicole says she has a rare form of epilepsy that isn’t well understood.

Amylea, who is now 2 months old has never seen the outside of an intensive care unit.

Doctors in the Nunez’s home state of New Mexico ran out of options, so the family was moved to the Children’s Hospital in Aurora, Colorado. For the past 2 months Amelya and her monther Nicole have stayed here while her father Ernie travels back and forth to Albuquerque working and taking care of their other children.

Because she is so small and frail typical medications can be damaging. As a result alternative types of medicine needed to be tested.

“The medication she’s on is hard for her liver and so we’re trying to do something different that’s not so bad on her body,”  her father Ernie said. 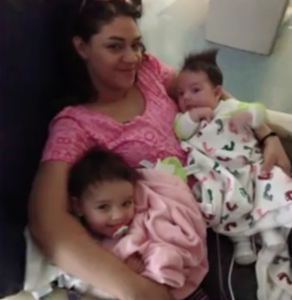 discovered Charlotte’s Web. It’s a cannabis oil that has been used to treat epilepsy in toddlers and children. The THC level is incredibly low, less than one percent so children don’t get high. Still the medicine is untraditional and as a result controversial.

At 2-months-old Amylea is the first and the youngest patient ever to receive this type of treatment at a hospital.

“I sat for a good three weeks fighting with the doctors and trying to talk them into giving me the okay,” Nicole said. “I’ve been working with the case study team and the neurology team here at children’s and I’m hopeful this will work.”

“For us to get the approval for us to administer it while she in the NICU while she’s a patient…it’s kind alike a miracle,” Nicole said. “Because they were completely against it saying, ‘No you can’t do it, you have to wait until she’s an out-patient.”

Due to legalities even though the doctors and hospital approved the medicine, they are forbidden from administering it. Famlily members have to give the doses to Amylea.

Nurses and caretakers have said they’ve already seen a difference in the infant child’s general attitude and mood.

People interested in helping the Nunez family can contribute. A GoFundMe account has been set up in Amylea’s name.