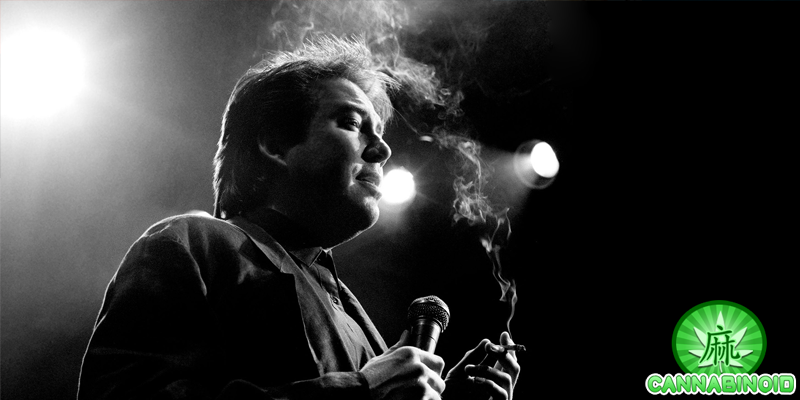 There are a lot of great comedians with pieces on Marijuana, Marijuana vs. Alcohol and so on. We got a lot of these from the list sourced at the bottom – but had to put Bill Hicks at #1 since a lot of these guys are borrowing from him anyway. So without further adieu, here are Cannabinoid Media’s picks for the 10 Best Stand Up Comedy Acts Based on Marijuana.

In this fantastic bit from the always fantastic Bill Hicks, he lays out the war on drugs (as it was in the 1990’s anyway) and then says he believes “Not only should Marijuana be legal, it should be mandatory” – If you’ve never heard of Bill Hicks you need him in your life.

Robin Williams was a genius. We lost him recently but his work will remain with us forever. Do yourself a favor and watch this former alcoholic’s spot on rant against alcohol.

Dave Chappelle is of course known for weed comedy. This is one of his best bits on smoking weed exclusively with white people.

Doug Stanhope explains “There are only two types of people who are against drugs…” This is a fantastic political rant about why the laws are the way they are today. “Because Old Folks vote.”

Doug Benson dissects an anti-drug commercial that hilariously overstates the effects of pot.

This Katt Williams rant starts with “Some of y’all just need to smoke some weed and see if it don’t help the quality of your life”  and it only gets better.

This is a classic Steve Martin bit about how he used to smoke marijuana… but only in the early evening.

Bill Maher brings his sensible brand of comedy in this bit. “How did Marijuana the one drug that never killed anybody get to be the ‘demon seed?'”